Let’s take a look at the 14541 chord progression. We are in the key of G major so the 1 chord is a G major, the 4 chord is a C major and the 5 chord is a D major. If you are not familiar with the open chord shapes take some time to learn the chords by going through the chord diagrams that I have given you. The 14541 progression would end up being G major, C major, D major, C major and back to G major. The strumming pattern that I used for this progression is pretty typical of the contemporary praise style. Check out the TAB for the strumming details.

Now instead of playing regular open chords for this 14541 progression I went ahead and gave you some less common chord shapes for the G, C and D chords that you can use to play the progression. These chords use mostly just the top four strings for a completely different and lighter sound. Again, if you are not familiar with the shapes just check out the chord diagrams or TAB.

Play around with these progressions and start to try to memorize what they sound like and how the chords flow. If you work on this you will start to recognize these progressions in some of the church music that you are learning or just listening to.

If you have any questions about this or any other lessons feel free to email me by clicking on the “Ask Nate” button. Have fun! 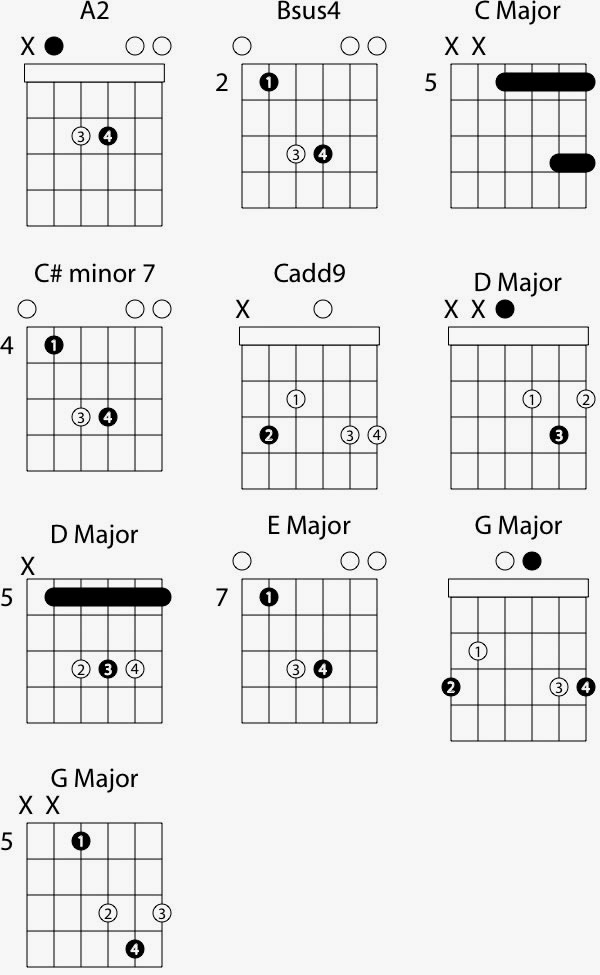