One of the best things about learning to play guitar is you can learn just a few chords and then be able to play hundreds of the best songs that were ever written. In this lesson, I’ll teach you four chords and ten songs you can play with those chords. For a more in-depth guide, check out these guitar lessons for beginners. 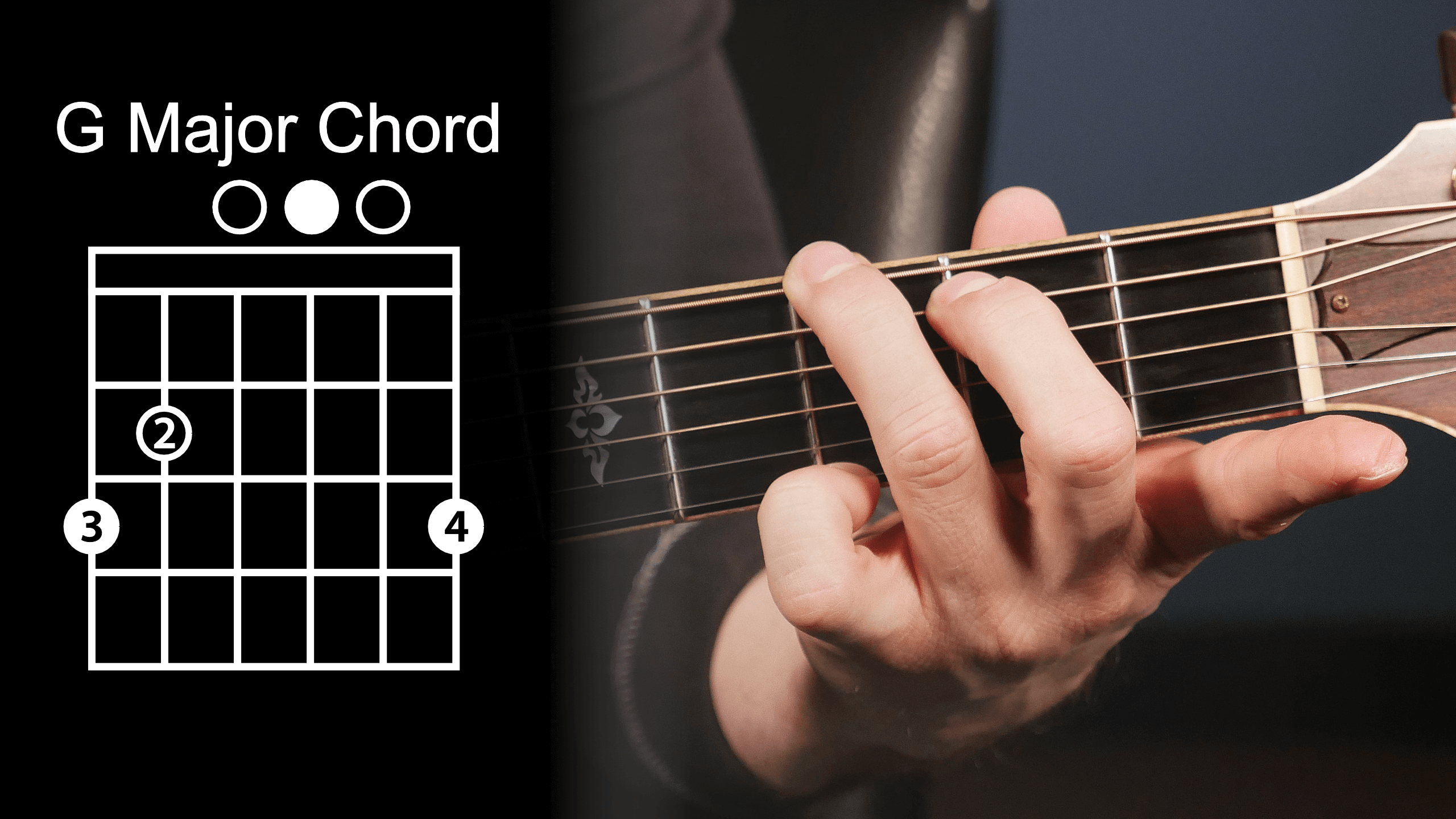 Chord Tip: One thing to remember when you’re making chords is to come right down on the tips of your fingers and to place your fingers right behind the frets. This will help you get a clean sound without any buzzing.

Be sure to use the tips of your fingers for this chord, or you’ll get a buzzy, unclear sound. In the video, you can see that if I am lazy with my fingers at all, the chord doesn’t sound very good. 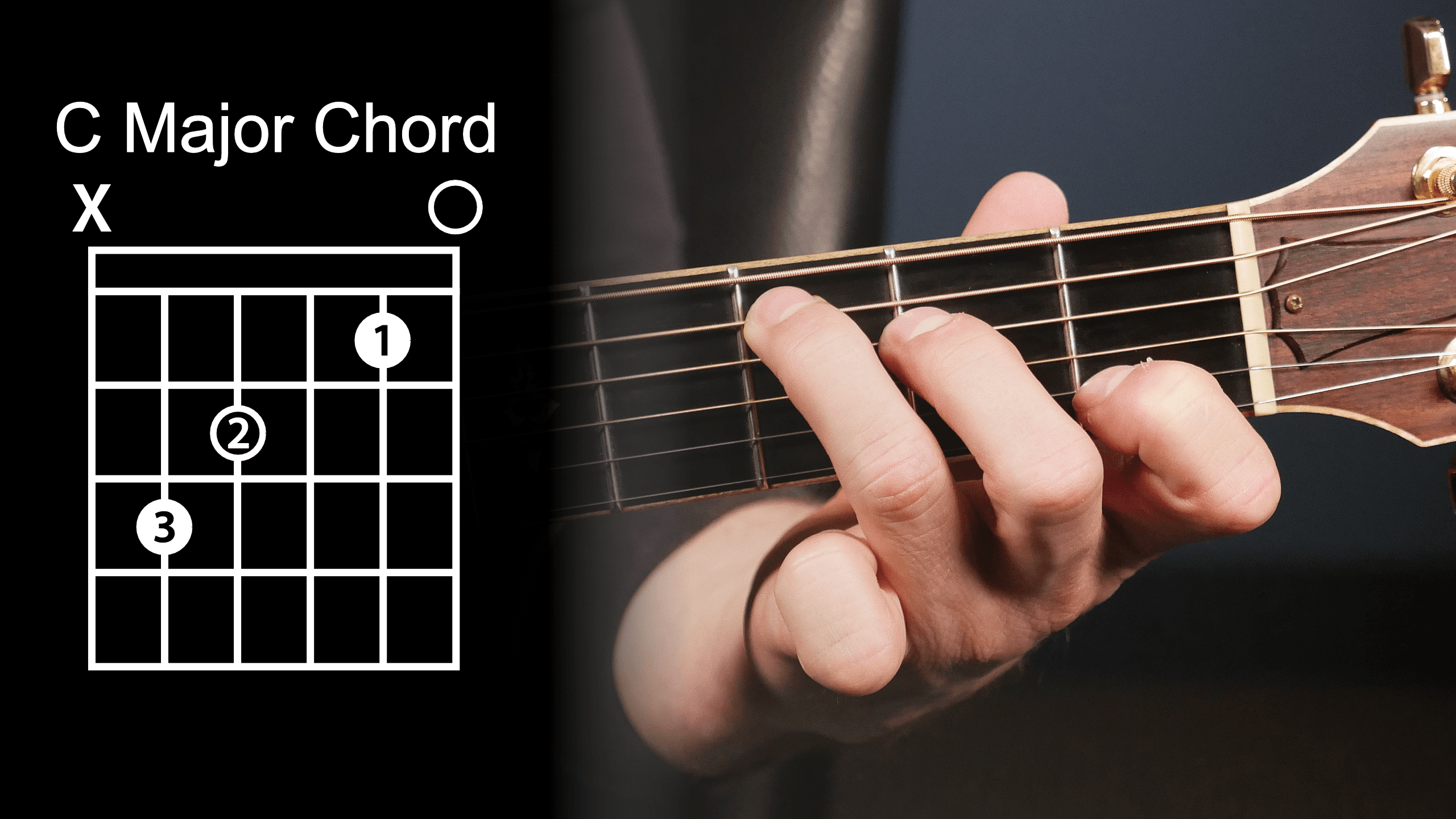 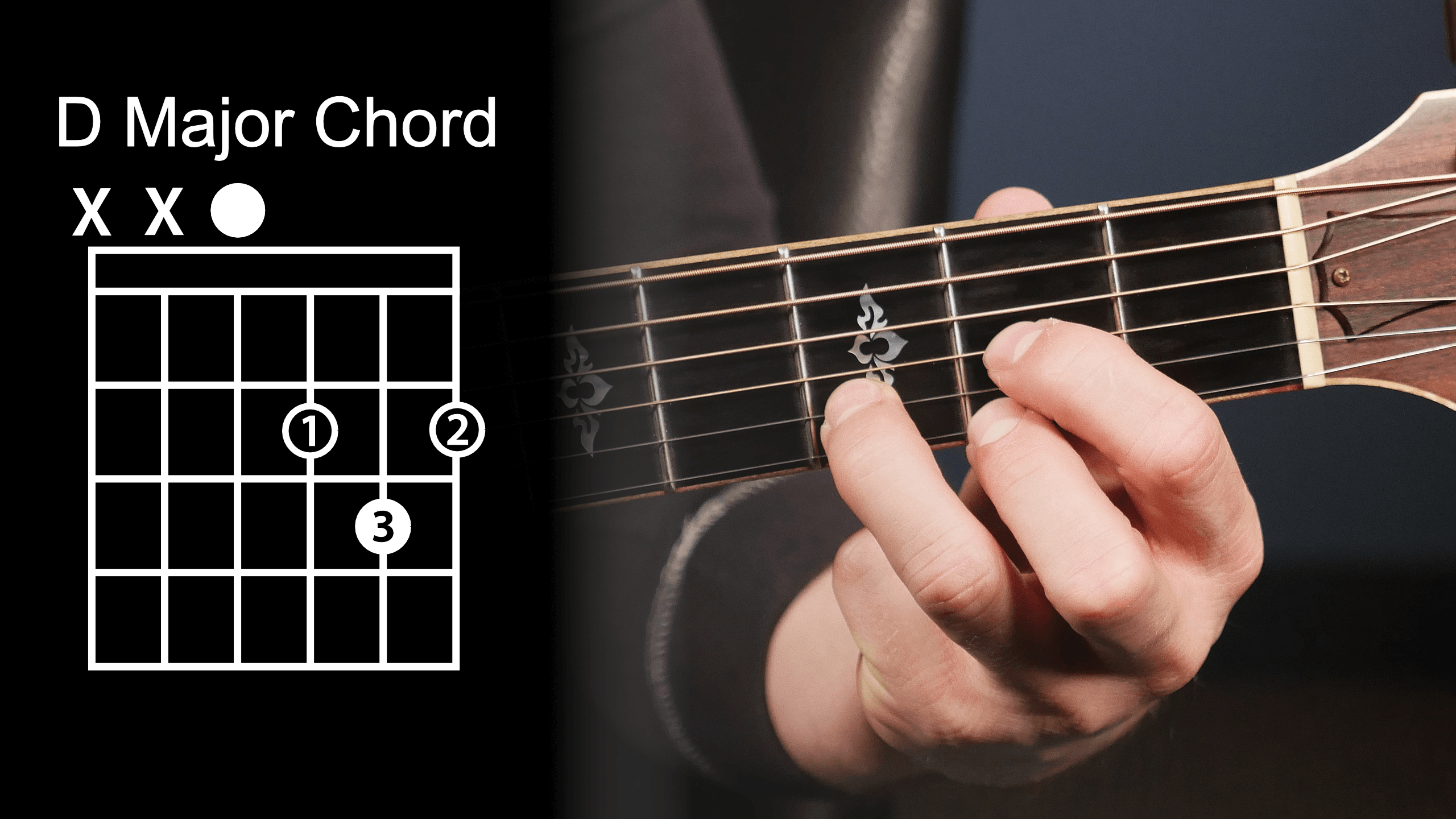 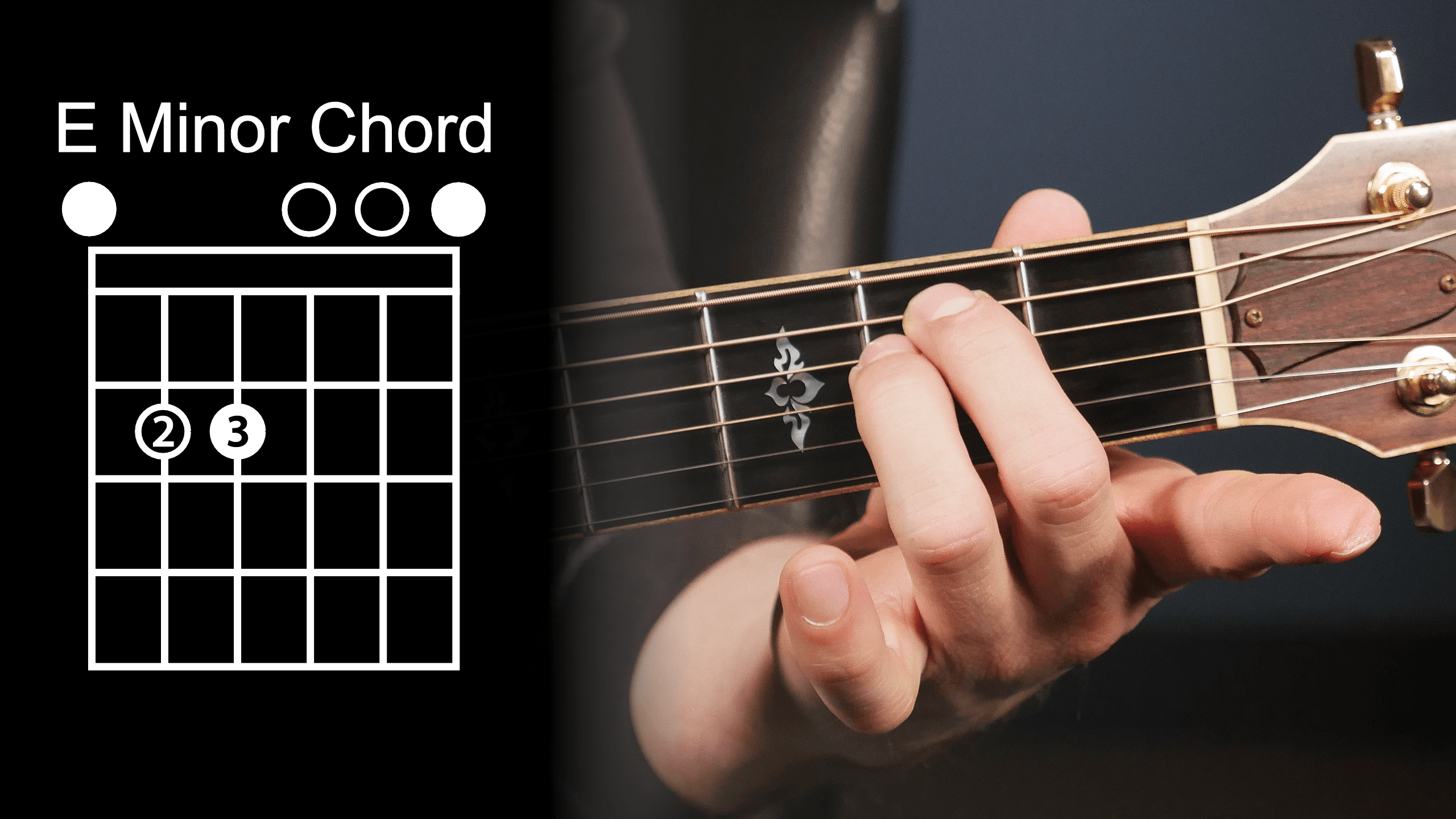 Before jumping into the songs. Let’s go over a few tips for smoothly transitioning between the chords we know.

Visualize The Chord: The first thing you can do to help you with changing chords, is to visualize the shape of the chord before you change to it. This can help your mind to stay ahead of your hand, and allow you to be ready when it’s time to move to the next chord.

Remember The Feel Of The Chord: Remember the way that the chord feels under your fingers. The muscles in your hand will remember the shape of the chord once you’ve practiced it enough. This “Muscle Memory” will help your hand to move without you having to think about it.

Chord Changing Tip: Try making a chord shape on the fretboard, then removing it, put it back on, take it off, etc. over and over, making sure you place all your fingers down at once and not one at a time. Do this with all the different chord shapes you know. Eventually the muscle memory will kick in, and when you start going from one chord to another it will be a lot easier.

For a more in-depth lesson on getting your chord changes smooth watch Changing Chords Smoothly.

Using A Capo: A Capo will allow you to play in any key using only a few chords. It’s like a movable nut for the guitar. For example when I put it on the fifth fret and play the G chord shape, it becomes a C chord. That way you can play along to a huge number of popular songs just by moving your capo around and playing only the 4 chords in the key of G.

Capo Tip: Just like when you’re placing your fingers on the strings, the capo must be placed very close to the fret. If you place the capo in the middle of two frets your strings won’t ring out properly and they may sound out of tune.

For each song, I’ll tell you which key it’s in, which fret to put your capo on, and the chord progression. To figure out the strumming pattern of each song either listen to the original version, or to the video above. The info for each song will follow this format:

Being able to play this many songs is great motivation because you can play real music, and it provides some great practice for you to work on your chord transitions too. Out of these ten songs, pick a few of your favorites, and go back to those songs. Put them into your practice time and work on getting your chord transitions smooth.