How to Choose Blues Notes

Welcome to the eighth video of the Blues Guitar Quick-Start Series. In this lesson, we’re going to go over how to choose the notes you play in the blues scale, instead of playing through random blues scale shapes. Up until now, you’ve been working on getting your blues scale shape down and memorizing where the root notes are. Now I’m going to teach you how to choose notes that fit over the 1, 4, and 5 chords in the 12-bar blues progression.

We’ll start off by learning where the root notes are for the 1, 4, and 5 chords, and I’ll also show you some specific licks to play over these chords. This might be more difficult than what you’re used to playing, but the extra brainpower you’re using here will pay off big when you’re soloing. 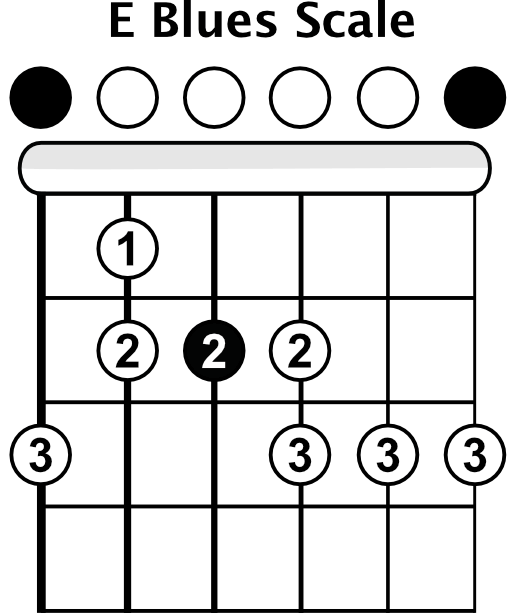 You can get a sense for the rhythm for this lick by watching my example in the video. In these licks, you can see how we started, ended, or emphasized the root notes of the 1 chord to help them fit over that chord better.

When the 4 chord comes around in the 12-bar blues progression, you can do the same thing by emphasizing the root notes of the 4 chord. The 4 chord in this case is an A chord, so your root notes are the open A string and the second fret of the G string. Make sure you memorize those note locations. 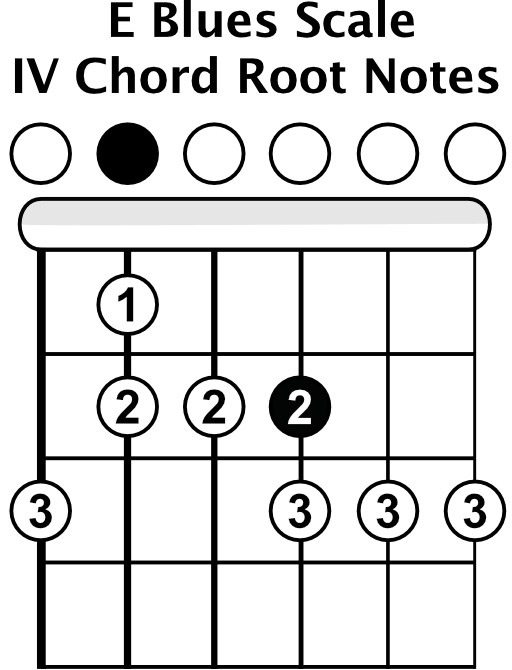 Going through these licks gives you a lot to think about, but start out by remembering where your root notes are. Once you’ve got those down, you can move on from there.

Now we’ll take a look at the root notes for the 5 chord and learn a couple of licks for this chord. The five chord in the key of E blues is a B chord, and we’ve got a B note on the second fret of the A string, plus the open B string. Again, memorize where those root notes are so you can emphasize them when playing over the 5 chord. 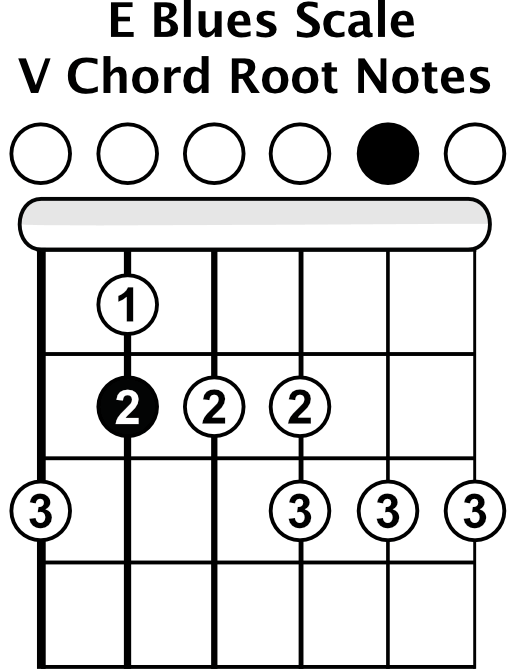 The rhythm for this lick is a bit different because the first two notes are actually triplets, so the lick moves a bit faster. Take a look at the playing in the video.

Now that you get the idea of emphasizing root notes of the chords when you’re playing lead guitar, you can pull up the jam tracks and try to put this into practice. If it’s feeling like a bit too much to start, just try playing the root note of each chord as the jam track plays.

Don’t get too bogged down in the theory of this, because the blues is all about feelings, emotions, and guts. It’s about letting whatever wants to come out of you come out. If you have some theory knowledge, your brain will be able to help your heart figure out what to play.

In the video, I play an example of just hitting the root notes for each chord in the jam track. Once you can do that and are familiar with the root notes, try making up solos that emphasize the root notes and using the licks you’ve learned here. You can check out my example in the video of what new licks can sound like.

I know this is a lot of information to take in, but if you apply everything you’ve learned to your playing, you’ll be ahead of a lot of guitar players. Being able to choose your notes instead of playing licks at random makes a big difference in your sound. When it comes to playing the blues, you want to let your heart and gut guide you, but knowing what’s going on behind the chords and scales is great.

In the next lesson, we’re going to look at how to move your self-expression up another level in blues guitar playing. We’ll talk about phrasing, sliding, bending, and vibrato so you can incorporate these elements into your playing.